Welcome to a journey in the art of Desire With An E.  Artwork created by Desiree Kim, is inspired in the moment and holds energy from allowing, listening and creating in the present moment.  Please enjoy and share these moments in the form of Original Fine Art.

The combination of serene and bold colors accents your decor by adding peace and excitement to your surroundings.  Whether you are enjoying it in solitude or have invited guests into your home, original art brings the element of intrigue and the fun to your atmosphere.

The abstract designs of Desire With An E, allow the imagination to be inspired and begin unique conversation that inspires the intellect.

Need help deciding which original or print?  Maybe you're thinking of a custom piece?  Contact us, for a consultation. 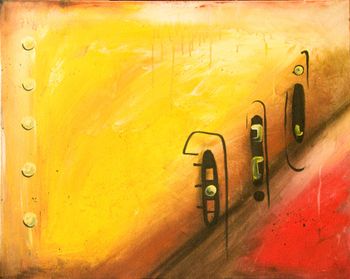 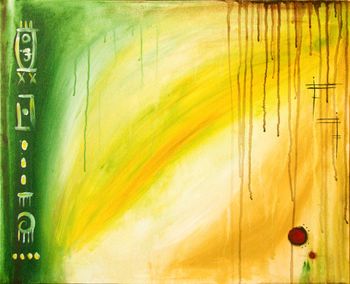 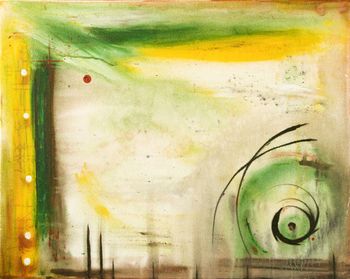 "Becoming the Dragon" Original by Desire With An E

This particular dragon emerged through the surrounding energies at Kris McDermott's  January 2016 Synesthesia Event, as Desire With An E painted in a live art contest as she listened to what the open night sky vastness shared with her about dragons, on a journey of life times and that evening...

"Becoming the Dragon" became the Synesthesia contest winner, after a month of online voting.  T-shirts are available of this winning piece here.

Meaning:  This dragon is being "born" from death much like a phoenix. Thus, his skull-like head emerging from smoke with horns of balance.  He he has experienced the greatest of each emotion and is prepared to bring balance, as protection to the earth.

Smoke breathes life into him, which he then breathes out, as he calls to the magic of folk lore to "begin assembling his body of blue" as if magnetizing in the clouds.